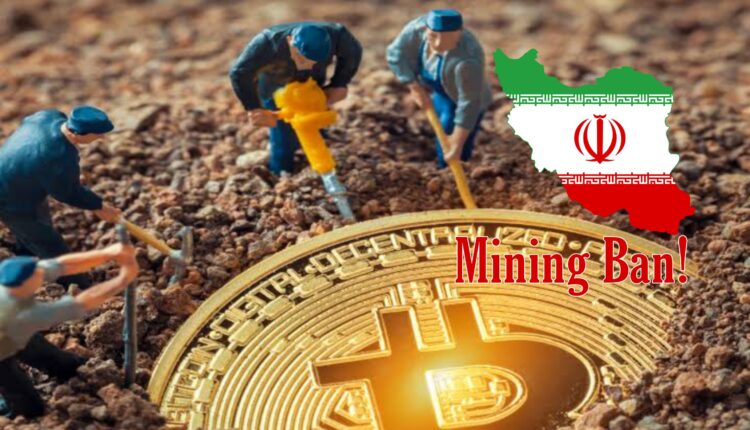 Recent news about Bitcoin mining is coming from Iran.

On 25 May 2021, Iran government planned to stop Bitcoin mining activities in Iran.

According to the sources on official socials, Iranian government declared a ban on Bitcoin mining in Iran.

There are around 1000 licensed miners in Iran who are doing Bitcoin mining legally.

According to Iranian government, the reason behind this mining activities ban is to solve the electricity shortage problem.

This ban is restricted upto september. So maybe this ban will be removed by Iranian government after September.

Many people are saying that there is a high chance that the government of Iran may extend the ban after september.

They are doing this blanket ban to ban the cryptocurrency users from using crypto with freedom.

It should be noticed that this decision is very close to China’s attempt to ban cryptocurrency trading and mining.

Well here we can expect only good things because the Iran government is not against cryptocurrency use.

According to President Ruhani, 85% of miners in Iran are illegally doing mining activities.

According to a report by Cointelegraph about miners in Iran, most of the people are using domestic house electricity for mining purposes.

Well here anything that is illegal, can not sustain his life for long term.

So here we can assume that Iranian government is trying to catch those illegal mining workers who are using not only domestic electricity but also they don’t have any type of license to mine Bitcoin or other cryptocurrencies.

Impact of Ban on Bitcoin Mining

Due to this news of Bitcoin mining ban until september of 2021 in Iran, a small drop of 5% in the Bitcoin price can be seen.

And also due to a dump in the price of Bitcoin, the whole full market is facing a dump by 10% approx.

Well here we can expect that everything will get solved with good transparency in Iran. So that the Bitcoin network can get better support from miners throughout the world.