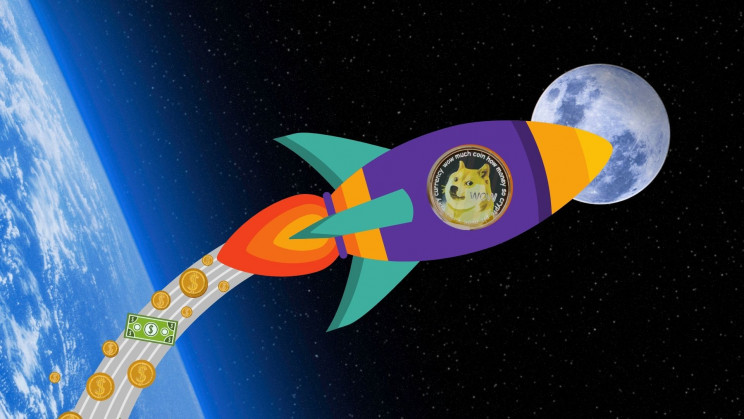 Elon Musk’s company SpaceX has partnered up with two blockchain companies to launch its dogecoin-funded mission to the moon by early next year, according to a media report on Wednesday.

A new partnership between Dodge-1, the first crypto-fund mission to the moon,  two blockchain companies, and a manufacturer firm Geometric Energy Corporation, known as GEC, the plan is on track for launch in the first quarter of 2022 onboard SpaceX’s Falcon 9.

Unizen and Defi incubator ZenX smart exchange ecosystem announced on Wednesday that it is in the process of building and launching the 40-kilogram – about 88-pound – CubeSat DOGE-1, which will provide a new consumer context for cryptocurrencies. The CubeSat travels to a “fixed lunar orbit” to obtain lunar-spatial intelligence from sensors and cameras, which are sent back to the GEC for further analysis.

CubeSat will be implemented in SpaceX through a launch agreement with FalconX in the first quarter of 2022, although no particular dates have been given. To date, more than 1,600 CubeSats have been launched, but unlike DOGE-1, they all have traveled to the Low Earth Orbit at an altitude of 100 to 1,200 miles above the Earth’s surface. The lunar orbit places DOGE-1 at 250,000 miles from Earth.

NASA had their aims set to be the first CubeSat to reach the moon, although it has been delayed several times and the current launch date is late March 2022,” the companies said.

“This certainly means that DOGE-1 will be the first CubeSat in history to reach the moon, thus making an important milestone in world space travel.”

As previously reported, the Dogecoin-funded project was launched for the first time in May this year, with a planned start date in the first quarter of 2022. At the time Tom Ochinero, vice president of commercial sales at SpaceX said,

“The Mission aims to show the application of cryptocurrency beyond Earth’s orbit and lays the foundation for interplanetary trade.”

Dogecoin (DOGE) gained prominence earlier this year, thanks to Elon Musk, founder of SpaceX, who praised Memecoin’s benefits and stated he worked with its developers to improve its efficiency. At a time when more and more mainstream consumers are switching to cryptocurrency, Musk-inspired Leap may have added billions to DOGE’s market capitalization.

Read Also: SHIB Was The World’s Most Mentioned Crypto On Twitter In October