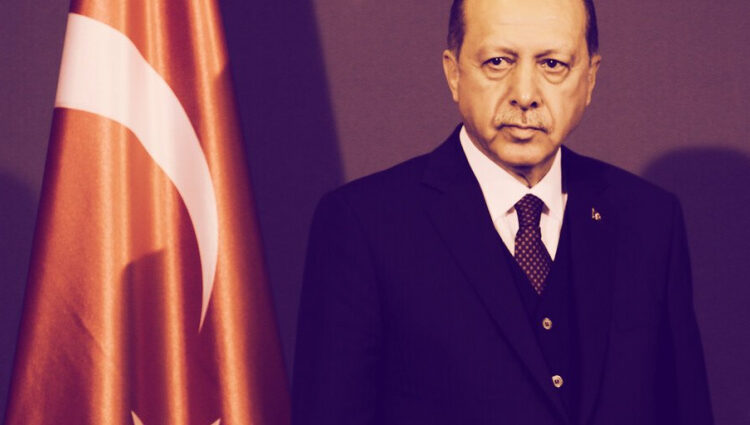 Once the crypto law implements a new financial model that will help the lira regain its declining value.

Turkish President Recep Tayyip Erdoğan is reported to have completed the drafting of the crypto law, which will soon be shared with parliament for mainstream implementation within the country.

Speaking at a news conference in Istanbul in an effort to prevent the Turkish lira from depreciating, President Erdoğan shared plans to implement the new economic model.

According to local media outlet NTV, Erdoğan said that the new cryptocurrency bill is ready for its implementation and added that:

We will take action on this matter by sending it to Parliament without delay.

Recognizing the recent inflation episode in the country, Erdoğan said the currency event was not about mathematics, but rather it’s about the process – indicating the likelihood and potential of appreciating the growth of lira:

“With this understanding, we want to move it to a drier place, but the exchange rate will find its own price in the market.

The president predicts that with the introduction of the new crypto law, Turkey will become one of the 10 largest economies in the world. Speaking about inflation in the region, he shared plans to follow people who change the labels of price list managers several times a day. He said, “Now we want to slow down the dollar”.

Bitcoin holders in Turkey avoided a sharp fall in the currency on November 23, as the lira lost 15% against the US dollar in a single day.

According to reports, Bitcoin (BTC) hit a new all-time high against the Turkish lira as a result of the collapse of the Fiat currency. The BTC / TRY trading pair reached 723,329 Turkish lira on the Binance trading platform.