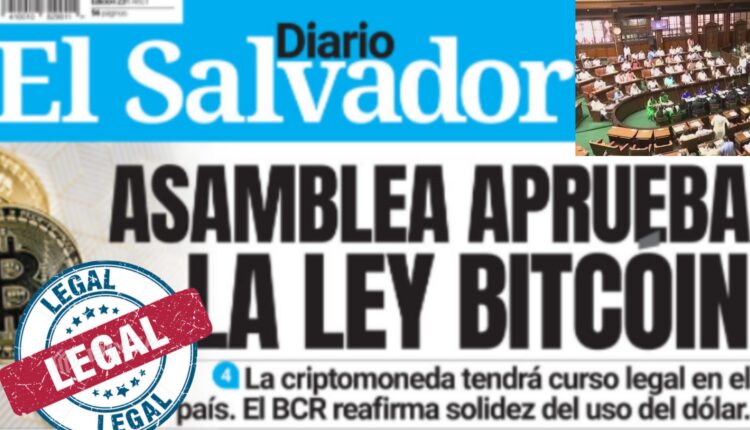 President Of El Salvador, Nayib Bukele announced a few days ago about the adoption of Bitcoin as a legal tender.

Clearly we can see in the tweet  that the statement to adopt bitcoin by Salvador Country was not approved.

That tweet to adopt bitcoin as legal currency was just in progress and wasn’t approved officially.

Because everything in this world that needs to be used should go through a number of procedures and votes by public/govt officials, so that people can adopt with more trust and belief.

Which is clearly saying that ” El Salvador is the first country to adopt bitcoin as legal tender“.

At 6 June 2021 IST, Tweet by the President was only prior notice to legalise Bitcoin.

There are 62 votes out of 84 in favour of Bitcoin law to adopt bitcoin as legal currency.

So here now it is 100% clear that this is El Salvador which is at number one to adopt Bitcoin as legal currency.

This is the first movement in cryptocurrency history where Bitcoin is allowed to be used as a currency. And this history is now immortal.

Its meaning is “ Bitcoin Law has been approved by the Assembly”.

So here we can see how bright the future of Bitcoin is bright. Even people know very well that Bitcoin is advantageous but are not buying because of legality issues.

Since here we are not a financial advisor but still we are in favour with bitcoin adoption.

If you as a Bitcoin buyer/user are feeling any type of panic to buy Bitcoin, then don’t go through any type of tension.

If you will hold Bitcoin and by chance if your country’s government will ban it then still you will be able to use it in other countries full of legal laws.

So here this news is a clear indication that we should not worry about Bitcoin’s future. We should focus on buying more and more Bitcoin.