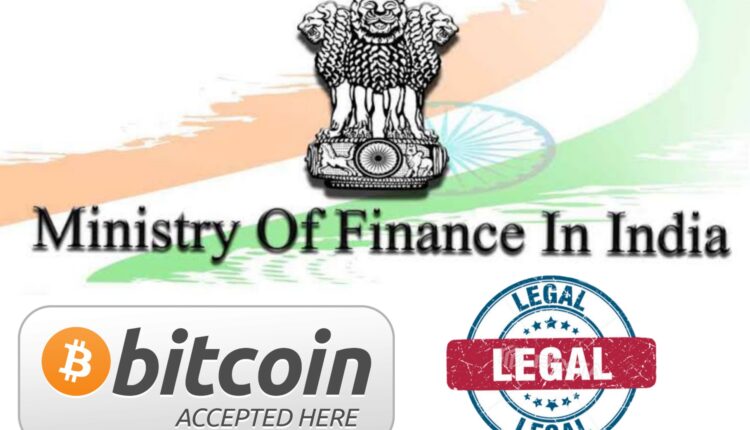 India May Classify Bitcoin As An Asset

After the historic move by the El Salvador Country to adopt bitcoin as a legal tender and use of Bitcoin along with USD is trying to force other countries to take immediate action on Bitcoin, so that every Country’s people can use Bitcoin.

And also people can buy/sell openly and legally without any fear of law.

On 10 June 2021, A news was spreading in the social media about India to Legalize Bitcoin soon.

In a news article in the newspaper “ The New Indian Express” posted an article about Bitcoin & Indian government expected to move in the coming future.

According to the news source of ” The New Indian Express”, India also can legalize Bitcoin like EL Salvador soon.

Bitcoin users in India are more than 200 million in present year 2021.

These people in India are facing fear of Bitcoin ban.

Many times government of India entities warned people to use cryptocurrency or virtual currencies.

Once RBI put a ban on banking transactions related to cryptocurrency in india.

But after 1.5 year, the circular ban by the RBI has been revoked because of the Supreme Court Hearing In favour of Bitcoin and cryptocurrency users.

So in the present time, after the historic movement by El Salvador to Legalize Bitcoin, People are expecting that India will do the same.

There are two chances about the Bitcoin adoption law in India.

According to the source news on ” The New Indian Express”, the Government of India will not adopt bitcoin as a legal tender. Because the price of Bitcoin is highly volatile, it will not be easy to use Bitcoin or other virtual cryptocurrency currencies for payment purposes.

But still the Government of India May Classify Bitcoin in asset categories like metal, Gold, silver or they can Classify into stock market category.

But according to many crypto Experts it is not easy to classify Bitcoin in the existing categories.

The Indian Government needed another separate class to design for cryptocurrency use.

Moreover, According to cryptocurrency experts, EL Salvador have no any own native official currency. They are dependent upon US dollar ( USD). That’s why it is easy for them to accept Bitcoin as a legal tender.

But in India the situation is totally different. India has his own official currency and in that situation if India will declare Bitcoin as legal tender then it can harm the financial system against the Indian National Rupees ( INR).

This is quite similar to the statement of Donald Trump, where he said ” Bitcoin is a scam against Dollar ”. To know more about this Controversy check here.

Well here we can hope for the best, because India is also a big market of the cryptocurrency users and we can’t ignore this market.