Japan’s First Ever IEO In Cryptocurrency 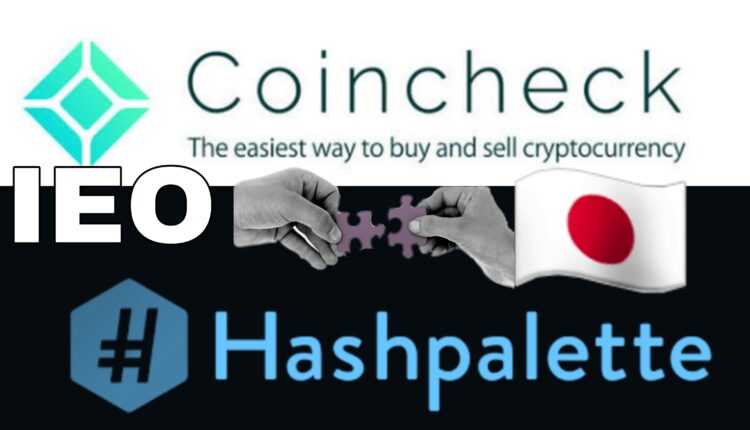 Coincheck partnered with HashPalette in August 2020, so that they can launch IEO in.

The main goal of this partnership was to become HashPalette, the first ever IEO-issued utility token in Japanese’s cryptocurrency market.

HashPalette is  a platform which is based upon the cross-blockchain, NFT token concept. And the main goal of HashPalette is to focus on digital contents like music & sports. And the NFT platform supports most popular Cryptocurrencies like Ethereum, Neo and Ontology.

Coincheck is a known exchange in the cryptocurrency market but this exchange faces a big fall down in their cryptocurrency business after the hack of NEM tokens which is worth approx $534 Million dollar.

In the initial phase of announcement of partnership between Coincheck and HashPalette.

HashPalette revealed that they will use the funding of IEO for the development of its Palette Blockchain platform for more robust digital content distribution.

According to the media reports, It is a Biggest opportunity for Coincheck to come back in the cryptocurrency market with a huge achievement.

Coincheck has been running for a long time,but after the hack on its own platform in 2018, Coincheck’s reputation was badly dumped.

Now it is time for Coincheck to prove their platform as a revolution in the cryptocurrency market to provide the best services regarding cryptocurrency.

Well here it should be noticed that it is going to be the biggest opportunity for those people also who are looking for a good IEOs to invest their funds and make decent profit easily.

Here this upcoming IEO is in hype.

And also many cryptocurrency experts are assuming this IEO a new opportunity for the IEOs investors. Because this IEO will be under the full regulation Protocol of Japan.

And as we all know , every project which is affiliated or Directly related to a highly reputed organization or system, attracts a very high level of attention.

Well here we are not financial advisors. Here we can assume projects are good or bad according to the roadmap and team work. But the future totally depends upon the development of the project and also hype.