Mine Cryptocurrency With Norton AntiVirus 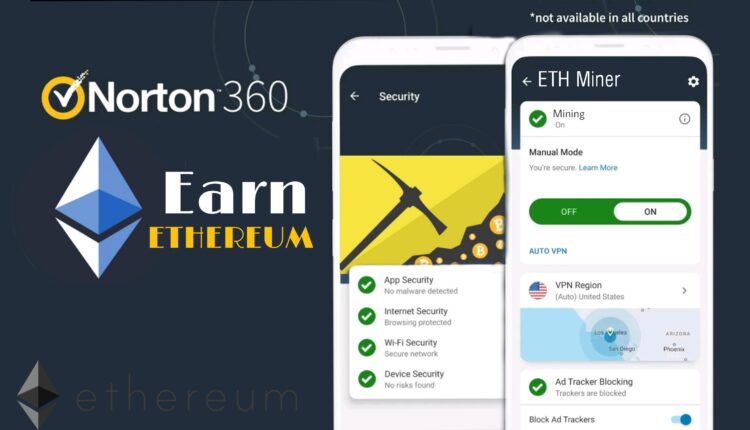 In the present time of the internet world people are engaged in earning more than learning. So Norton360 antivirus software company will provide their users to mine Ethereum and another leading cryptocurrency on their PC directly.

A leading Cyber security provider company, NortanLifeLock, is going to launch their mining services with their Norton 360 antivirus.

But now this problem will no longer exist with Norton antivirus software users.

According to the data of NortanLifeLock, Norton 360 antivirus software has around 13 million users.

So it will be a big advantage for their users to serve their service in the starting phase. Norton 360 antivirus users will not only be able to mine Ethereum but also they will give numbers another best cryptocurrencies which are really worth to mine.

During the mining of Cryptocurrency in the PC, no ransomware or infected file can attack on the PC.

So NortanLifeLock is ready to go with Cryptocurrency adoption with the help of their users.

In the interview on CNN business, NortonLifeLock said “, While the company will start slow, with the focus on helping the customers to mine Ethereum safely. NortonLifeLock is considering adding reputable cryptocurrencies in future” .

And also NortanLifeLock claimed that they will share the biggest part of mining reward to their users. So it will be a type of help to their users to earn and save money.

Most of the people who are not involved in the cryptocurrency, have only one thinking: ” Cryptocurrency or Bitcoin is illegal”.

But after this entry of NortanLifeLock with Nortan360 in the Cryptocurrency field will change people’s thinking regarding Cryptocurrency.

And probably they will try to understand cryptocurrencies more deeply.