SpaceX Will No More Accept Bitcoin 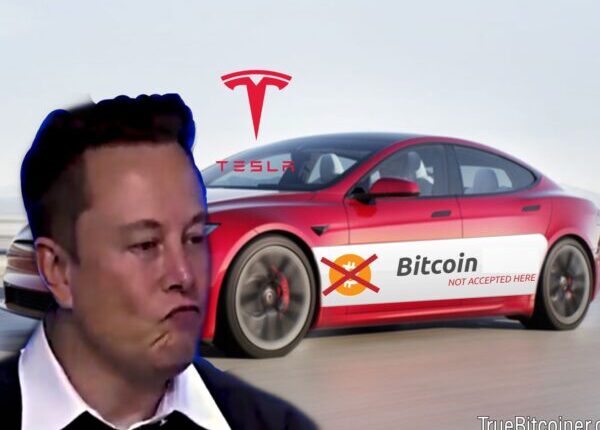 In the picture it was clearly mentioned that Tesla will no more accept Bitcoin to sell their vehicles.

According to this tweet by Elon Musk  regarding Bitcoin use to accept payment is not a good concept in the present time.

Because at one side people are making lots of money and also the Tesla company is getting advantage day by day.

But one thing that is very bad about Bitcoin is its cost of mining.

According to tweet post by Elon Musk, Bitcoin transaction fees is very high and its cost of mining is very high. To mine Bitcoin we are creating lots of worst emissions.

No matter which type of fuel are people using but at the end that are responsible for the increase in worst emission.

Impact Of Tesla Decision To Suspend Vehicles Purchases With Bitcoin

In the very starting when Elon Musk tweeted about Bitcoin to accept as payment option in Tesla Company then price of Bitcoin pumped to very high. Also this tweet effected much to the whole cryptocurrency market. Crypto market also crashed due to dump in bitcoin.

And now the tweet of Elon Musk regarding termination of Bitcoin as a payment option in Tesla, Resulted in a big down fall in Bitcoin’s price.

A small dump took place in the cryptocurrency market on 11 May 2021 but this news regarding Bitcoin and Tesla resulted in a bigger crash than what was on 11 May.

Statement By Elon Musk regarding Cryptocurrency Acceptance In Tesla

Since Elon Musk terminated Bitcoin as a payment option in Tesla company but beside it he explained about cryptocurrency acceptance in future.

” cryptocurrency is a good idea at many levels and we believe it has a promising future, but this can’t come at great cost to the environment ” .

Here through this part of Elon Musk tweet about Tesla and Bitcoin, we can see clearly that Elon Musk or his company Tesla is not against cryptocurrency as a payment option.

They are clearly accepting the ability of cryptocurrency acceptance in real life.

But they don’t want to pollute this earth’s environment.

In the past, Elon Musk already tweeted about Earth’s Environment indirectly. That we can see in the top pinned tweet any time.

Assumptions About Elon Musk Tweet About Bitcoin And Tesla

After the tweet about Tesla and Bitcoin by Elon Musk.

Most of the people in the cryptocurrency field are assuming that Elon Musk will use DogeCoin instead of Bitcoin or any other coin.

Since Elon Musk didn’t talk about the next cryptocurrency to accept in replacement of Bitcoin as a payment option.

But here already we can see Elon Musk tweeted about accepting DogeCoin By Tesla.

Elon Musk tweeted his tweet in the form of a poll where 78% people are saying ” Yes”.

So it can be a big move for DogeCoin price. Because Elon Musk’s first choice in cryptocurrency is DogeCoin.

Beside all these assumptions a new tweet by justin-Sun, Founder of TRX coin, can seen. Where Justin Sun suggested to use TRON ( TRX ).

So there are few chances for TRX coin to be use for payment option in Tesla company. But all these may be our assumptions. because future will tell everything to us with next move by Elon Musk and Tesla to accept another crypto coin choice.

What is the ERC-20 network? And how is it related to Ethereum?

Elon Musk Is Working On Efficiency Of DogeCoin Transaction