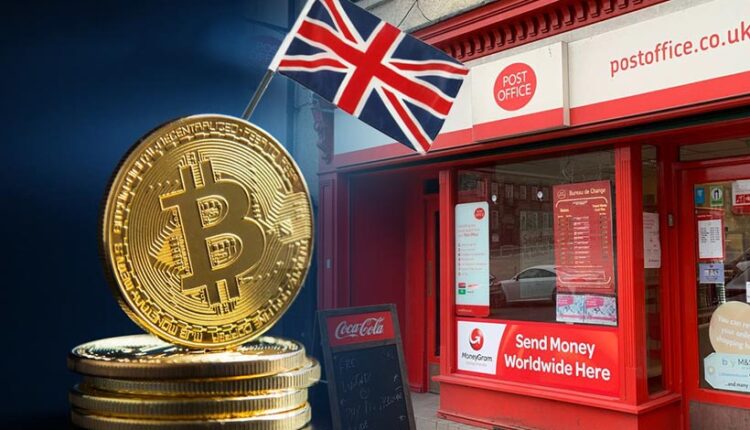 Bitcoin acceptance has been on the rise in recent months. Until El Salvador officially accepts Bitcoin as a legal tender, there is no doubt that Bitcoin will receive mainstream approval, from retailers’ outlets announcing that consumers can check for their Bitcoin holdings. In the heat of recent news about the adoption comes a special situation at the UK Post Office.

According to a recent report published in the Telegraph, the Post Office is allowing the purchase of Bitcoin with a new partnership. Swarm Markets, a regulated crypto exchange in Germany, has significantly made it possible as it has entered into this partnership with the UK Post Office. It will further allow users who have verified their identity through the Post Office EasyID app to access and purchase cryptocurrencies directly from Swarm websites.

It will be possible for users to purchase cryptocurrency vouchers with a few clicks, after which they can redeem various cryptocurrencies such as Bitcoin. This has caused concern among financial marketing experts who warn that investing in cryptocurrencies is too risky. Therefore, consumers should be given a clear and concise warning when purchasing them. Further concerns have also been raised about linking volatile assets such as cryptocurrencies to the post office.

“When people buy cryptocurrencies, they should be sold with a very clear asset warning: they’re getting a lot less return than you bought. Buying crypto online through an investment platform is something audiences expect, but you should not associate it with the Post Office”.

Swarn Markets on the other hand believes that this partnership will make it easier for people to get started in the crypto market space. To this  Phillip Pieper, co-founder of Swarm Markets said,  “By making it easier and safer to buy real Bitcoin and Ethereum, many people now have the opportunity to get started with crypto as an asset”.

As in other regions, there are many ways for residents to buy bitcoin on UK exchanges such as Binance, Coinbase, and Gemini.

A spokesman for the UK Post Office said: “Access to products and services is increasingly moving online, and we responded to this change by launching our free application Post Office EasyID. It allows people to build a secure digital identity on their smartphones and easily control and prove what business they want to interact with.

However, he further mentioned that the Bitcoin and cryptocurrencies purchased through the EasyID App in Swarm Markets do not receive a commission at the UK Post Office, it’s the other way out that Swarm Markets pays the post office for the use of its ID verification software.