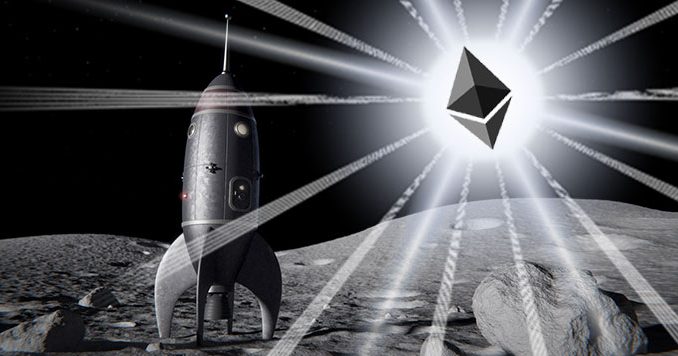 Brian Kelly, a trader who contributed to CNBC’s “Fast Money“, has prepared his bullish thesis for the second-largest cryptocurrency currency, Ethereum, and said that as a commodity it has a huge win in the market compared with the setbacks of BTC ETFs.

During a recent interview with CNBC Kelly said that although prices have risen dramatically this week, there are still reasons to invest in Bitcoin.

He also believes that the forthcoming most talked and discussed  EIP 1559 “London” hard forks are going to completely change Ethereum’s monetary policy.

After being routinely criticized for having unlimited supply, it now turns into every inflationary currency that fuels the “store of value”.

While talking about the ETF’s Kelly said,

The problem the SEC has is a huge portion of bitcoin trading is outside of the US. The concern is they don’t have a view into those markets. That being said, there have been some developments. You have companies like Fidelity and TD Ameritrade starting to push into this space.

“On days like today, I always ask myself,‘ Is my thesis broken? And for me, driving this bitcoin market is a hedge against corporate adoption and currency debasement

While on the contrary Kelly noted that the capped supply price is generally “good”.

You got everything in the world built on the Ethereum blockchain platform. You have DeFi, NFTs and now a new monetary policy is coming. Plus, presumably, it will tailwind from adopting it as a property class. And for me, it’s very good for Ethereum”

Following these happenings last week Jim Cramer, an eminent stock picker from CNBC opened up and said that he is still holding on to Ethereum, while he also described Ethereum as a “pied piper” of cryptocurrencies.