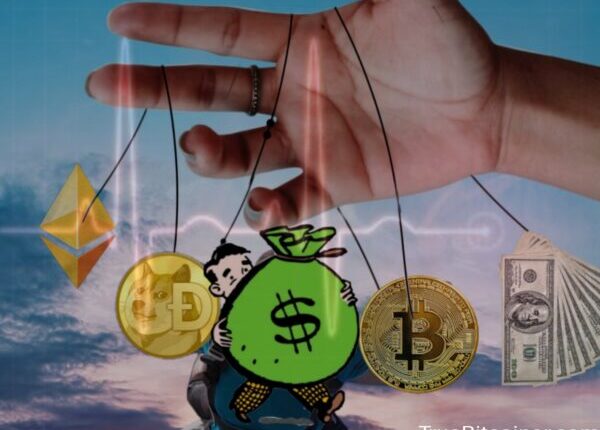 After the recent tweet on 13 May by Elon Musk about suspension of Bitcoin as a payment option In Tesla, The whole cryptocurrency market dumped along with Bitcoin.

Since in the tweet we can clearly see that Elon clearly mentioned that he is not selling Bitcoin and also cryptocurrency are potentially promising.

Overall all was part of accepting new cryptocurrency in replacement of Bitcoin for Tesla.

Many people who have been in this field of cryptocurrency since long time are blaming Elon Musk for creating panic.

So let’s see what people are saying about Elon Musk on social media.

We Are In Cryptocurrency Market Before Elon Musk

After Elon Musk’s tweet about Bitcoin and Tesla, many cryptocurrency traders were badly influenced.

And few of them blamed Elon Musk for the dump in Bitcoin price by more than 10%.

And also this crash was not very small.

In the crash of Bitcoin and the whole cryptocurrency market, A most important factor which is a very bad indication for us can be seen.

In the crash of the crypto market on 13 May, The dominance of Bitcoin fell below 40%. It was my first time but for a short time.

Everyone in this field of cryptocurrency knows very well that 40% is the minimum dominance of Bitcoin and it should not go down because people have more trust in Bitcoin than any other coin.

If the dominance of Bitcoin decreases down by time to time then there may be chances that we may face a big panic in the mind of newcomers in this field of cryptocurrency.

Due to this incident, Many trading experts said “We are in this field before Elon Musk, then why are we following Elon Musk”.

After Elon Musk tweet about DogeCoin, Price of DogeCoin pumped too high and this was a really good incident for those who were holding DogeCoin for a long time.

But besides all these things, Many people on social media blamed Elon Musk regarding tweet about DogeCoin to spread fake hype about DogeCoin potential.

Related: Is it safe to invest in DogeCoin?

Many people said that DogeCoin is a shit coin because every minute 10,000 new DogeCoin enters this Cryptocurrency market.

So how we can hold or buy DogeCoin in the long run with the dream of making money.

An increase in the price of DogeCoin is only a part of hype that has been created by Elon Musk through twitter.

And also through tweets, Elon Musk is trying to dump the Bitcoin market.

Bitcoin is the first coin of the internet World of cryptocurrency and people are holding lots of Bitcoin for a better future.

But this is Elon Musk who is trying to manipulate the cryptocurrency market.

Through tweet, Elon wants to pump and dump according to his own need to buy and sell.

Dogecoin Is A Dead Project

We can see clearly that no development work was done between mid of 2018 to 2020.

So here we can say DogeCoin is a dead project and we should keep in our mind, people are just investing their money in a coin which has a dead developer team for a long time.

Many Tweets By New Investors Who Lost In DogeCoin

There are many tweets on social media where many people tweeted below Elon Musk’s tweet.

Most of them are blaming Elon Musk for their panic sell and loss in DogeCoin Investment.

Since in this field of cryptocurrency everything is subjected to market risk and also people should do their own research before the Investment in cryptocurrency.

But still here new investors are not aware about these things and blaming Elon Musk for their loss in DogeCoin Investment.

Our Advice For Investors Who Lost Their Money In Panic

We always strongly recommend everyone in this field of cryptocurrency that don’t buy anything blindly and don’t follow any signal to buy or sell your regarding any holding/non-holding asset.

Do your own research before to get into Investment in any coin.

We can’t blame Elon Musk for your loss in any type of buy/sell of asset.

And  also here we would like to suggest every newbie in this field of cryptocurrency to read about the basics and common mistakes that should avoid successful cryptocurrency trading.

Here we have a separate dedicated article about Cryptocurrency trading. Check then now by clicking here.

Elon Musk Is Working On Efficiency Of DogeCoin Transaction