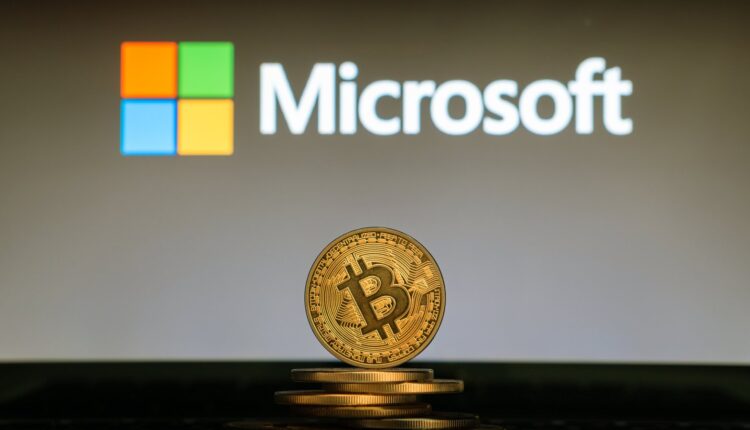 Recently the CEO of MicroStrategy, Michael Saylor shared an article which was originally posted by Microsoft which mentioned how the global IT giant is using Bitcoin in their recent project to facilitate the average person maintain their digital identity.

Microsoft is reportedly collaborating with an ION project trying to build Decentralized Identifiers (DIDs) with the help of Blockchains underlying technology. While these identifiers will act as a collection point for all the actions and activities that a person does on the Internet.

Decentralized identification is a growing concept that returns control of identity to users using an identity wallet, in which they collect self-verified information from certified issuers (such as the government). By controlling the sharing of any information from the wallet until requested by third parties (e.g. when registering for a new online service), the user can better maintain their identity and privacy – for example, only display proof that they have completed 18 without disclosing their actual date of birth.

With this technology in use, an individual will have the right to own and protect their privacy on the Internet from government surveillance agencies, security breaches, and data leaks, and prevent Internet giants from controlling users’ profiles, their credentials, and personal and financial data on the Internet.

The sole motive behind this project is somewhat similar to Bitcoin, like Bitcoin which aims to eliminate the control of centralized institutions over money, the same way ION has a goal to do something similar with our online present identities.

With the decentralized identity technology in use, the firms have minimized risks to data breaches and also the risks of data thefts as an individual.

Side by side while Bitcoin’s blockchain continues to gain a higher level of decentralization and security basis thus aiding in the making of DIDs.

In a subsequent whitepaper released by Microsoft about the Decentralized Identity, the firm believes that each person should have their own very much secured cloud space where they can save and store things that relate to their digital presence on the internet while also ensuring that data is safe, and also using there digital identity on various apps as per their requirements and there easy of access.