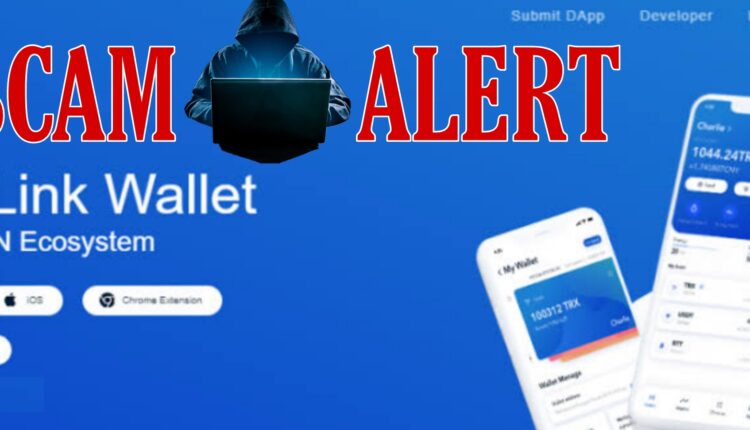 In the present time TRX coin is one of the best coin to buy and hold for the long term. And the best wallet to hold TRX coins is the Tronlink wallet.

Because At Tronlink wallet we can hold TRX and can make lots of earnings from new tokens at Tron Network and also we can freeze our TRX coins to get 6-7% interest per year.

But as all of us know, every type of good thing has negative parts also.

In actual Tronlink Wallet allows people to launch their own tokens at TRC10 and TRC20 Network.

As all of us know that TRC-20 is the most commonly used mainnet of Tron Network. And TRC10 is a free platform to launch a token.

People are using TRC10 and TRC20 both options to scam people.

If a coin/token owner wants to launch his token at the TRC-10 network then he needs only two things.

So it became a very easy thing for those people who want to list their token.

But in actuality we can’t buy/sell directly from the official swap Exchanges like sun.io or justswap.

They will redirect us to the third party swap platform with the use of DApp (option in Advanced featured).

Usually they launch their coin at TRC10 Network and then they wil distribute their token free of cost to the users at tronlink. With the distribution of the token, they will attach a note regarding buy/sell of their token.

To hide this scam they will send another token, so that they can claim that they gave coins in Exchange of TRX.

And then if we will again try to sell another received token then we will face the same balance deduction instead of swap of the token into TRX.

deduction of funds from our Tronwallet ( instead of swap of their tokens).

In the present time, every person wants to launch his own coin. That’s why they are launching their tokens and coins without thinking, whether people will use them or not.

But most of the time when a person/team starts his coin launching through highest level advertisement and better level of ICOs project then most of the scammers start their mind for high level scam.

We can consider a very recent example on the TRC-20 network.

ApeNft is a most advertised launching token based on NFT concept.

Many scammers launched ApeNft coin before the launch of the actual token on ApeNft Tronlink wallet.

You can see below in the screenshot.

We are not even able to identify the original ApeNft token in the list.

How To Keep Yourself Away From Such Scams At Tronlink?

First of all, don’t be greedy.

At Second step you have to check the receiving address ” Transfer Type” of the transaction.

If the transaction is “TRC20 Type”. Then you can sell but at the Justswap market or another available market like sun.io or at justswap. #

And if transfer type is TRC10, then ignore blindly.

And in case of TRC20 scam Coins, You should check the contract address. Whether they are exactly the same or not from the official promotion thread.