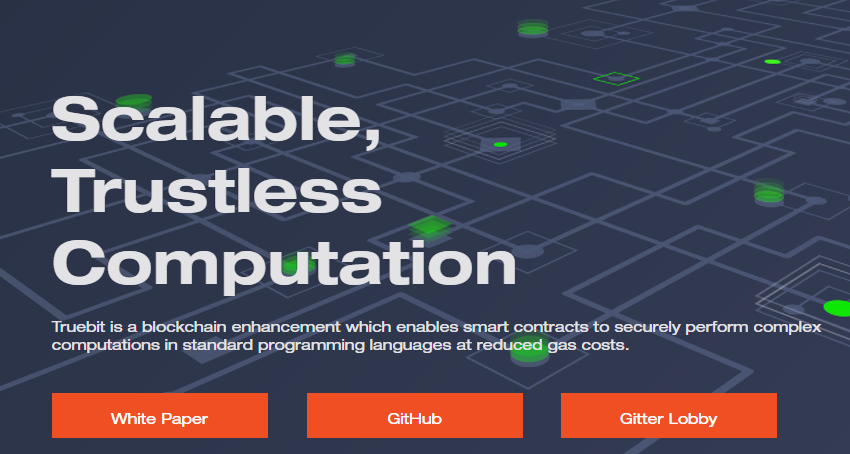 In this article we explained about the analysis of Truebit coin. Our team saw many people who are searching about Truebit coin legitimacy analysis. Many people are confused whether the Truebit coin is scam or genuine.

Here in this we explained our analysis about Truebit coin based on the roadmap of Truebit coin and current time Truebit team’s activity.

Before to start this article, we would like to clear that this article is not sponsored by any coin’s project or by any individual. Here are opinions and analysis are based upon the TrueBitcoiner analysis experts.

So if any person is here to see  review about Truebit coin with the thinking that this article is paid by any company or any individual then skip this article.

TrueBit Coin or TrueBit Protocol is a cryptocurrency whose white paper was launched in mid of 2017.

But this coin launched recently in May 2021.

TrueBit is written as smart contract on Ethereum Blockchain.

Team claimed that their Truebit protocol project  intended to increase the scalability of the Blockchain Network by moving computation layer-2.

Founder of Truebit is himself a highly educated person and he is a mathematician.

But a big problem is lack of unity and in-consistency in work.

We can see that White paper or TrueBit Protocol was written by the founder in 2017 but the launch of Truebit coin in 2021 clearly shows how much the team is aggressive to their work.

Here with this analysis we can say that TrueBit Protocol Team is not much of an active team.

But it doesn’t mean that the team will not become active in the future.

The Roadmap of Truebit Protocol was clear before the launch of the coin. But later many types of new concepts are introduced in the cryptocurrency market that created a situation for TrueBit to diversify their way to use.

The main function of TRU token is to provide high scalability in the Blockchain network.

Here we can see how the team is changing their working steps beside the actual roadmap in present time according to the trend of acceptance of new technology.

So here we can conclude that TrueBit Roadmap is following working algorithm criteria so that people don’t use TrueBit coin only for buy-sell but also use it for payment purposes.

TrueBit coin was launched at price $0.12 and after that this coin pumped to $1.25 which is usual in the very starting for a coin launch.

So we can expect some more dump in the price of this coin.

But in the long term of 1-2 year this coin will be profitable. Because the team of TrueBit is accepting the new trends in the cryptocurrency market and they are making TrueBit Protocol usable in practical needs instead of only trade purpose work.

Every coin in this field has something better and good level quality that other coin can’t have. TrueBit Protocol is also that type of coin.

But here in this coin we can see one thing which is not a good thing. This coin is available at Decentralized Exchange system. Based on the DEFI concept fully.

Even in the present time people are accepting Defi but still with that most of the people are happy to use the traditional trading system of buy sell order.

So here team of TrueBit Protocol is suggested to provide option of buy sell trade at Exchange not only in Defi but also in another form.

This coin is not a scam because the coin’s price and working prototype are good. Since at one point the team is weak, activity.

But overall we recommend people to use without any confusion of scam or legitimacy.