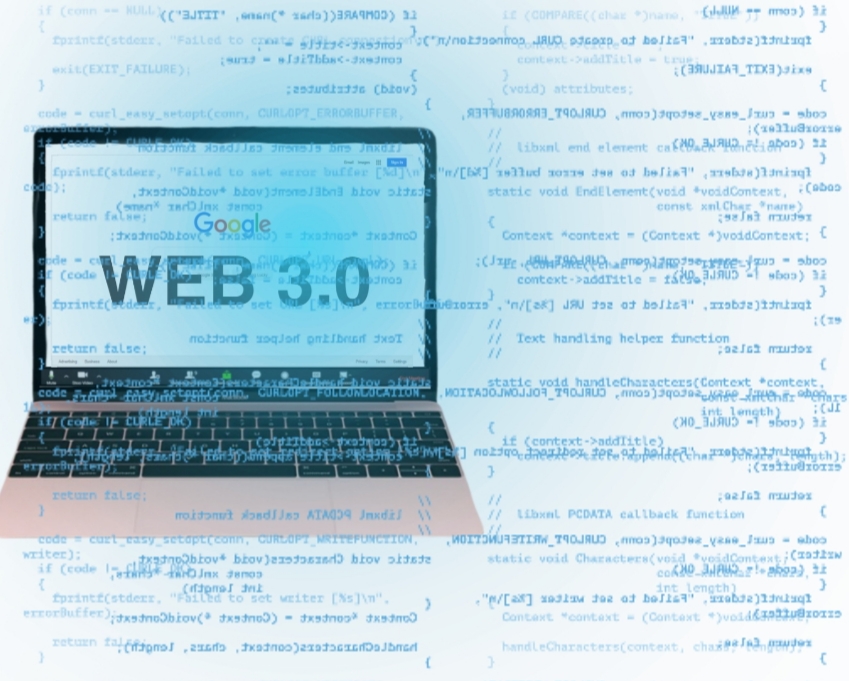 Revolution Of Blockchain With Web 3.0

In this article we will explain web 3.0 and also we will explain key points of Web 3.0 that can leave a big. Impact on Blockchain technology.But before to start this article about web 3.0 , it is mandatory to explain Web 1.0 and Web 2.0 , So that all of you can understand Web 3.0 in more precise way.

The main problem with Web 1.0 was one sided interaction.

People were able to get information about the data available at the websites but we’re not able to interact with the website owner.

Alternatively we can say people were able to give their views and opinions about that data which was available on the internet.

So Web 1.0 was read only internet of things for people.

One sided interaction was a big problem because it was not all about the freedom of the internet users but it was a big need for the internet to integrate the whole world.

The Websites in the old as well in the present time may have wrong information, So if someone wants to report about that thing to the website writer/owner/service-provider , was not possible.

Users required to interact with the website owner with use of manual email services which was a tedious and irritating part.

Because this technology  developed by few developers and then only few services which were providing internet of things implemented.

Since in that time interval, Web 2.0 was not very famous because access to internet services  was limited to only particular numbers of population in the whole world.

Now people are not only able to read data available on the internet but also able to give opinions and views about those things which are good or bad from their point of view.

Web 3.0 is in early stages of development. Few services are using Web 3.0.

Web 3.0 is totally based upon the AI (Artificial intelligence) technology based technology.

The development of Web 3.0 is just like our assistant that knows almost all our needs in advance .AI will store all information about the internet user and can easily understand what an internet user needs.

We can understand it with an example. Suppose we search the word “Amazon” at Google. Since almost all the people are using Amazon words for e-commerce websites to buy-sell online products. But here is what will happen if we want to search for “Amazon forest” .

So to make search engines more optimised so that it can understand our need in a more precise way needed AI based technology so that we can reach the desired result.

How Web 3.0 can be made perfectly?

Web 3.0 is based upon the storing information of the internet user. If AI technology can store all possible information about the user then there is a very high probability that AI which are embedded in a Web 3.0 based interaction system can work perfectly.

In the present time Google, Amazon and Tesla like companies are using more widely AI based technology.

So we can say Web 3.0 has already entered the  internet world. But still it is in the starting phase and needs lots of improvement.

Impact of Web 3.0 on Blockchain Technology

As we know that in Web 2.0 , internet users got freedom to express their opinion . And Web 2.0 made internet interaction double sided.

But here in Web 3.0 internet users will achieve more freedom and day by day improvement of Web 3.0 development will make the whole internet full of open source like systems. Where everyone will be able to use in his own way.

So we can say there will be a decentralised system where people will be able to connect to each other directly according to their services easily. They don’t need to go through third party entities.

Blockchain is the best example of a decentralised system. Here in Blockchain technology people are able to do transactions between each other without going through the third party entries.

After the full implementation of Web 3.0 , Blockchain will be more perfect and easy to use for all people.

There is a big chance that people will be able to do transactions between each other without going through third party exchange , which is impossible for present time ( from the point of scam).

So we can say that people will be able to use the Blockchain service in a more enhanced way than what they are using in the present time.

We can say,there is a big advantage of Web 3.0 implementation in Blockchain technology.

As all of us know very well that Blockchain is not only restricted to use for the cryptocurrency but many countries’ governments are looking to implement it in the digital fiat currency.

So a type of full improved version of Web 3.0 features will be available in future to take full advantage of the internet of things.

As already we explained that Web 3.0 is based on AI. AI will store our all information.

It will be used  for the internet user needs.

But there is a small chance that any black hat Hacker can use this data in the wrong way to steal information of internet users to do lots of scam.

The possibility of such a type of scam is very rare because time to time technology is improving with high levels of security. So chances of hacking any data is impossible.

But it is noticeable that it will be beneficial for Blockchain in every way because if someone will use data in the wrong way then still he will not be able to interfere with the Blockchain network because Blockchain is almost invulnerable.